Prof. Timothy Patitsas is Assistant Professor of Ethics at the Holy Cross Greek Orthodox School of Theology in Brookline, Mass.  The last seven years he has been responsible also for the organization of the School’s Study Abroad Pilgrimage to Greece and Constantinople, a program designed to deepen the spiritual lives of Divinity students.  Prof. Patitsas’ research interests center around organic complexity and information theory, as applied to the liturgical, ethical, and social mission of Orthodox Christians.  He is currently writing a book on the role of compassion in human economies, which he hopes to complete in 2014.

In her The Fragility of Goodness:  Luck and Ethics in Greek Tragedy and Philosophy (2nd ed., Cambridge University Press, 2013), renowned humanist scholar Martha Nussbaum identifies what may be the most significant fault line within the classical Greek tradition.

For Homer, the tragedians, and Aristotle, it was possible that things could happen to us – things beyond our control – that would determine our moral status.  In other words, our freedom and self-determination are to some extent circumscribed by circumstance.  We might suffer the ruin of our character simply due to events.

For Plato, however, and for the tradition that followed him, there could be no such “moral luck.”  No matter what life might throw at us, a properly informed person could choose the good and determine his moral state.  Thus, Plato establishes the human rational moral agency that accelerates a separation of the human being from circumstance and nature, and that sets the West on course for the epistemology of Descartes, the ethics of Kant,  - and the adventure-movie psychology of American motivational speakers, in which sufficient willpower and awareness are always sufficient to overcome the drama of bad circumstance.

But even in a highly-motivated America dedicated to extreme sports, we run into the reality of moral tragedy, most commonly in two ways.  When we accept that addictions function more like a disease than a series of bad moral choices, we can understand that for reasons beyond a person’s control – their genes or upbringing – they may be liable to a condition that will erode their character over time.

Post-traumatic stress disorders are another species of bad moral luck.  Simply because of what happened to a person, through no choice of their own, an addict’s ability to relate to others properly is compromised.  Even though both the addict and the trauma victim are in a deep sense innocent, still what has happened to them now impinges upon their character.  They live, in some sense, tragically.

In my paper I want to look at this central dilemma within Ethics, the question of how circumstance might limit human moral agency, from the standpoint of the mystical Ethics of the Christian Orthodox tradition.  Far from being of no concern to it, limitations on human moral agency – moral luck, both good and bad – are in some sense the central concern of that tradition.

For Christ, the blind man suffers not due to his sin or the sins of others, but “that the power of God might be revealed.”  For St. Paul, the mission of Christ is aimed precisely at those who “do the bad they would not do,” rather than, “the good they would do.”  And both of these ideas culminate, in the actual spiritual practice of the Church, as an awareness of both the “fragility of goodness,” and the necessity to “make firm your hearts” (James 5:8).

How exactly is the Church able to maintain a foot in both the Homeric and the Platonic camps?  What insights did Orthodox mystical life throw on this ancient dilemma?  And how does the Jesus Prayer, in particular, square the circle of moral luck and human agency, in the form of what even a figure like Elder Porphyrios (1906-1991) called, “the only philosophy you will ever need”?

Lastly, my paper will turn, briefly, to the compatibility of the Orthodox Christian management of this problem, with the challenges facing Americans who suffer from bad moral luck in an often unsupportive cultural environment.  It will give a few short thoughts on the philosophy of the Jesus Prayer and its relevance to addiction, trauma, and the contemporary American pressure to live a highly efficacious life.

Visit the Online Chapel for more daily readings, hymns, a monthly calendar of saints and feasts, and more.

In celebration of its
20th year
publication anniversary,

Orthodox Women Speak: Discerning the "Signs of the Times"

This book offers a penetrating introduction to vital themes related to the participation of women in the life of the Church.

Published in 1999, this book is the product of ground-breaking, officially sponsored, international Orthodox Women’s Conferences that took place in Damascus, Syria (1996) and Constantinople/Istanbul, Turkey (1997). 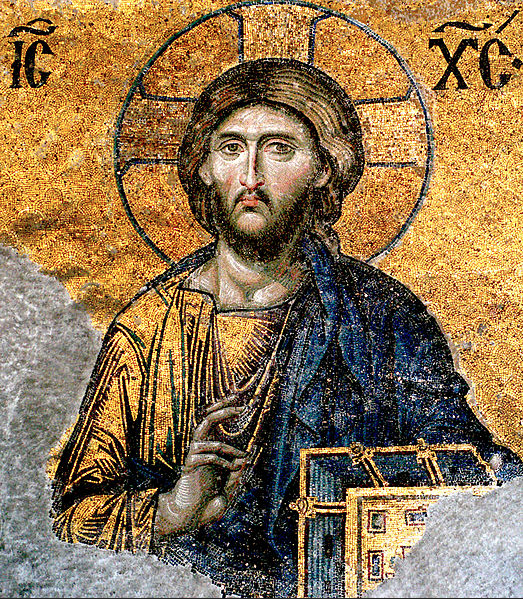 "Let us praise Catherine the radiant bride of Christ, guardian of Sinai, our helper and supporter. By the power of the Spirit, she silenced the arrogance of the ungodly. Crowned as a martyr, she now implores great mercy for all."